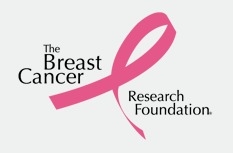 In two recent Bloomberg View columns (here and here), I looked at the implications of defining cancers not just by site in the body but by underlying molecular characteristics. In the first column, I particularly criticized the pink wave that overwhelms us every October:

Once again, we have suffered through a full month of pink, pink and more pink, all in the name of "breast cancer awareness." What once was a health-related cause has become the feel-virtuous-and-buy-stuff season wedged between back-to-school and holiday gift giving.

But all this pink reinforces a common fallacy -- one that used to drive me crazy after I was given a diagnosis of breast cancer in 2007. Back then, people inevitably offered their sympathy by telling me how their mothers or sisters or aunts or wives or best friends or colleagues or neighbors had had breast cancer. Everyone assumed what the pink ribbons teach us: that breast cancer is a single disease. Appreciating the good wishes, I stifled the urge to respond, "Probably not the kind I have."

Five years ago, oncologists had already long understood breast cancer as several different diseases that, based on their underlying molecular behavior, react differently to different treatments. (My own cancer was HER2-positive, an aggressive form found in about a quarter of breast-cancer patients and responsive to Genentech Inc.'s (ROG) biologic Herceptin.)

Now we have even more reason to understand breast cancer as multiple diseases....

Breast cancer isn't just more than one disease, it turns out. Some "breast cancer" doesn't seem unique to breasts.

It turns out that the Breast Cancer Research Foundation, which originated the pink-ribbon plague (but, which unlike some pink-pitching charities, actually spends its money on research, not "awareness"), understands the strategic challenges. I happened to be on a Delta flight right after the columns ran and read an interview with BCRF president Myra Biblowit in the airline's magazine. Asked what the foundation is focused on in coming years, she responded:

The impact of BCRF-funded research is relevant to all cancers. There are fundamental changes in science afoot, with research increasingly less organ-specific and focused instead at the molecular and genetic level. That means that patients with many different types of cancer can benefit from the findings of BCRF-supported research, because the work of BCRF scientists is showing us the commonalities and links in the genetic aberrations that underlie many cancers.

That's an important message, even if you're not in the cancer-charity business. Now if only they'd rethink the pink...

Posted by Virginia Postrel on November 20, 2012