I'm in LA, where I'll be publicly fielding questions about The Substance of Style from Dwell editor-in-chief Allison Arieff tomorrow. (This and other Westweek programs at the Pacific Design Center are free and open to the public; details here.) 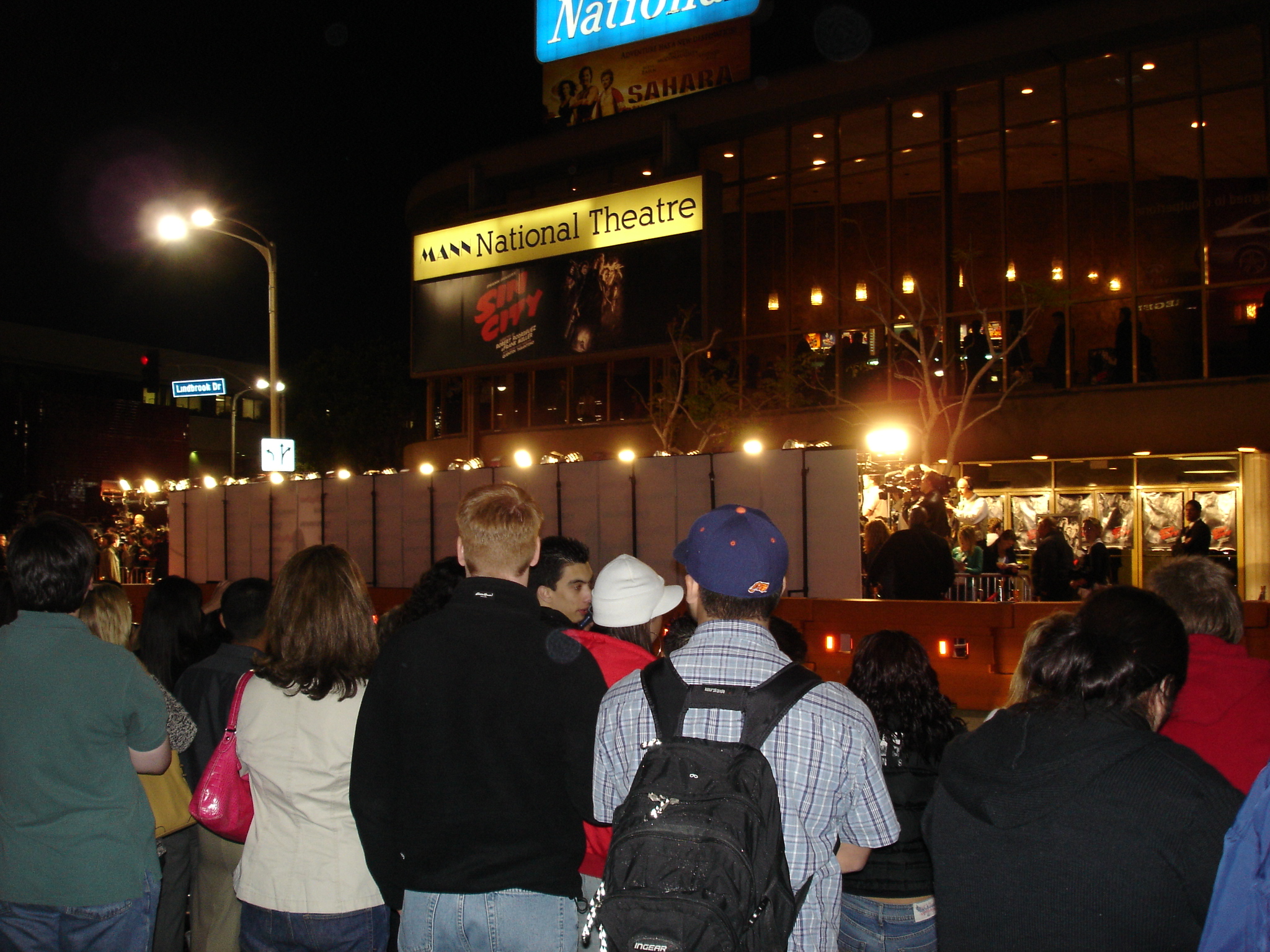 Last night, on my way to dinner in Westwood Village, I ran across the premiere of Sin City. It wasn't exactly Hell's Angels, but there were definitely screaming fans, mostly of the young, female persuasion--not what I expected for a Frank Miller movie. Standing in the crowd, I realized what a Latino cast the movie has, and what a huge appeal Robert Rodriguez and these actors have for the Americanized Latinos who make up much of younger Los Angeles. (Not that they aren't impressed by the non-Latino actors--though a young woman near me did lose interest in Rutger Hauer when she realized he wasn't Donald Trump.)

In his 2002 book American Skin, Leon Wynter highlights a scene in Rodriguez's Spy Kids where it suddenly becomes unmistakably clear that the kids are not just played by Latino actors but are, in fact, Mexican-American characters in a movie clearly intended for a mainstream audience. The movie simply assumes that its audience will see the family not as Other but as Us--only better. When, he wondered, will African-Americans have a similar Everyman experience?

Back in 1939, Margaret Farrand Thorp's America at the Movies examined the movies' appeal to their audience, an appeal based largely on escape and identification--on glamour. The movies then didn't feature black characters in sympathetic leading roles, she suggested, because the mostly white 85 million [!] Americans who went to the movies weekly neither identified with blacks nor fantasized about enjoying their lives:

Then there is the case of the screen negro. The eighty-five million are primarily white and no white American, the industry maintains, would ever make his escape personality black. "Stardom," Terry Ramsaye wrote in the Motion Picture Herald (July 8, 1939) is

a job of vicarious attainment for the customers. The staring player becomes the agent-in-adventure for the box-office customer. The spectator tends to identify himself with the glamorous and triumphant player, just as the tense, weakling little ribbon clerk in the last rim of seats clenches his fists and wins with the winner at the prize fight.

Inevitably the motion picture tends to place the negro in the screen drama in the same relation as that which he occupies in the nation's social and economic picture. In other words the screen public takes the negro as the average of 135,000,000 takes him.

With all due respect to Eddie Murphy's Dr. Dolittle, I think the movie that actually broke the Wynter-Thorp barrier was last year's Collateral, in which Jamie Foxx played Everyman, in a very, very bad situation but not one where race was crucial. That Foxx so dominated the Oscars this year--"It's Jamie Foxx's world. We just live in it," was a common commentary--drove home the point. Race is slowly but surely turning into ethnicity, a cultural, personal identity but not a barrier to empathy. And, to take things back to Rodriguez, despite the best efforts of race-mongers left and right, Mexican-Americans are just another ethnic group.

I took some photos, but the lighting you see on TV, which is daylight bright, was only available to credentialed press. The rest of us had to make do with digital camera flash in the dark and a little photo manipulation after the fact: 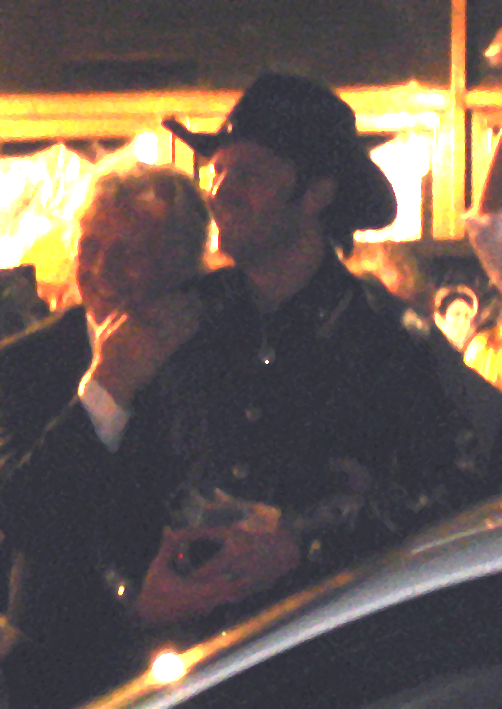 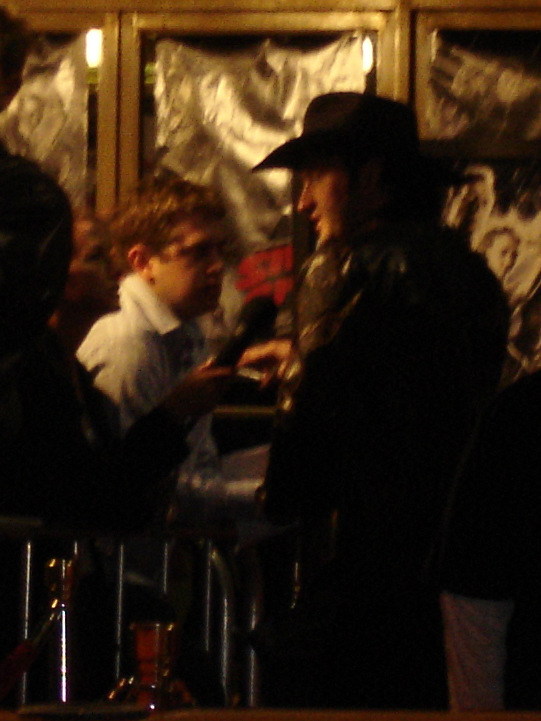 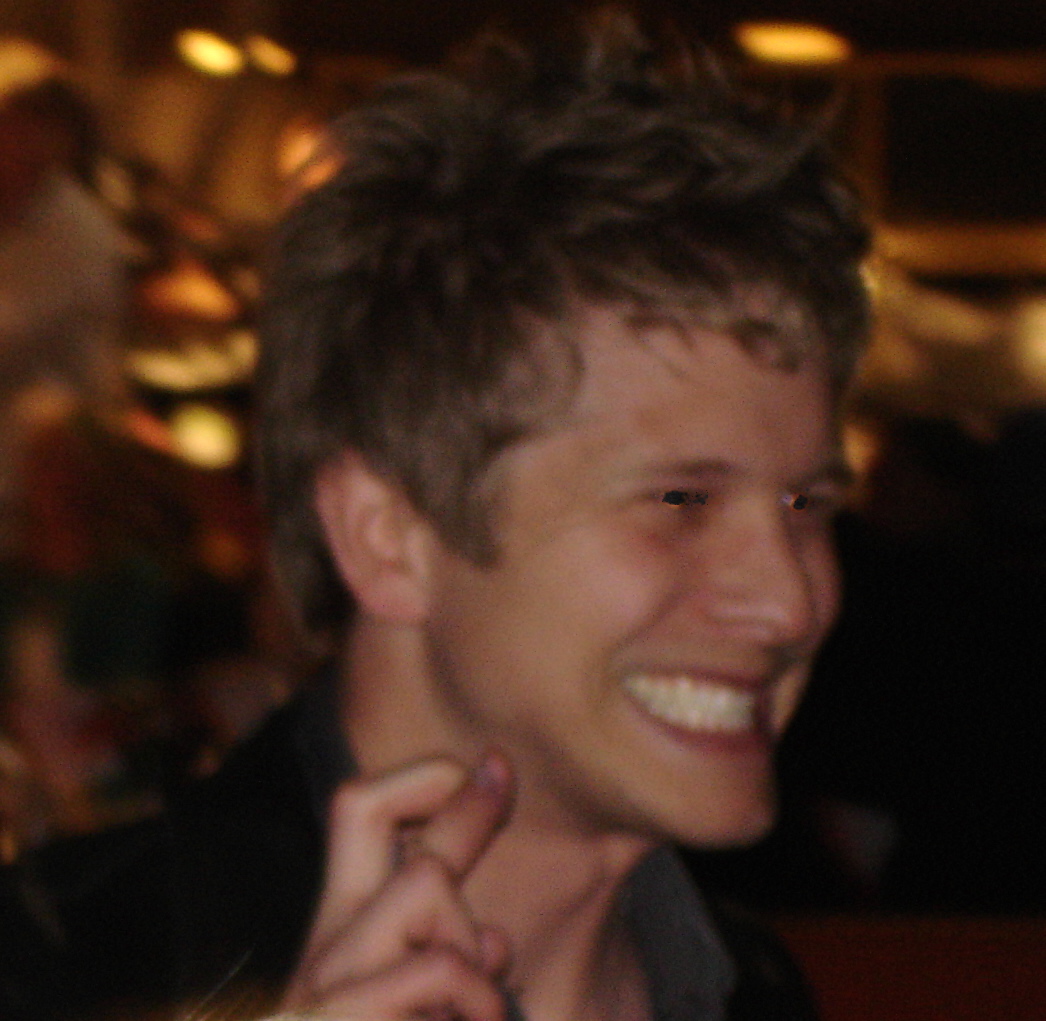 This guy came by and signed autographs and talked to the crowd, to the delight of fans. From the conversation, I take it that his girlfriend is more famous than he is. But I have no idea who he is--thus demonstrating my extreme age.