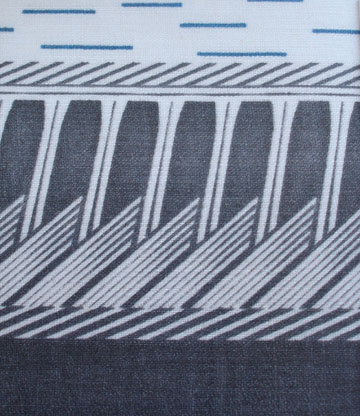 Through Sunday, the Boston Museum of Fine Arts has a small but interesting exhibit of Soviet textiles designed between 1927 and 1933. The designs were aimed at convincing a nation of peasants to embrace industrialization and, of course, the Communist revolution. Even in a centrally planned economy where the government decided what would be in the stores, the patterns proved a complete flop. "Citizens generally refused to buy or wear these propagandistic garments and household fabrics," writes Pamela Jill Kachurin in the exhibit catalog, Soviet Textiles: Designing the Modern Utopia

. "While Soviet citizens may have tolerated the hyperbolic messages they encountered in posters, literature, and films about Soviet progress, perhaps hydroelectric dams on their pillowcases was too much to bear."

Soviet citizens did not, of course, necessarily "tolerate" the rest of that propaganda. They simply had no way to avoid it. (I shot the pillowcase design from the book, which accounts for the glare.) More likely, the propagandistic purposes undercut the graphic appeal of the designs, which are quite beautiful or at least charming, when taken out of their political context. Disconnected from central planning and totalitarian government, they might be celebratory rather than propagandistic. Hammers and sickles aside, many of them wouldn't be out of place in a mid-century American boy's bedroom. Here are a couple from the press kit, which unfortunately didn't include any of the great flight-oriented designs on display. 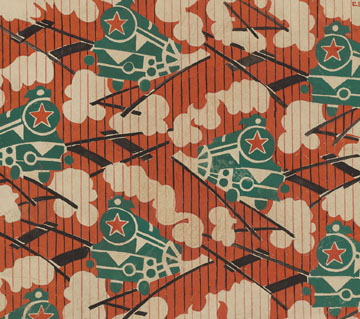 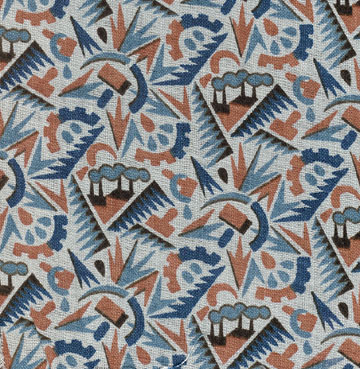 In the United States, similar designs were voluntarily produced and bought by willing consumers--who, of course, had plenty of traditionalist choices. These two examples are from an exhibit at the Museum at FIT, which gave me special permission to shoot photos for my glamour file. The top one features pictures of Charles Lindbergh. 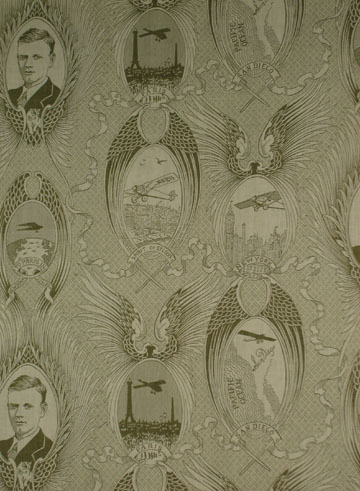 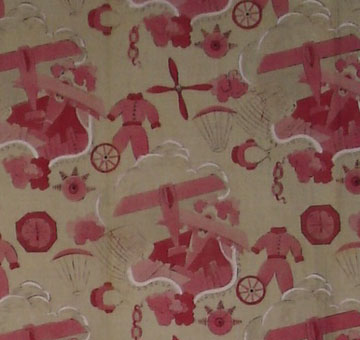 For more-geometric and multicolor patterns, you'd need to look at later textile designs, which I don't have on file. Here's an example on Ebay.

Posted by Virginia Postrel on February 23, 2007