How Much Is Tesla's Glamour Worth? 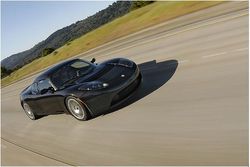 Tesla Motors Inc., whose electric sports cars combine good looks, high performance, and high-status price tag with environmental correctness, government subsidies, and lots of good media, will go public on Tuesday. The company hopes its IPO will garner about $15 a share, for a $1.4 billion valuation.

Tesla's public offering represents an interesting chance to measure just how much glamour is worth. The business not only lacks profits but has minimal sales. "Glamour and excitement are not the same as a sound investment," warns the WSJ's Brent Arend in a much reprinted post. "Indeed the reverse is more often the case." Newsweek Nancy Cook is blunter, listing five reasons that Tesla will "never make money."

Of course, glamour stocks are nothing new to Wall Street. They have high price-earnings ratios because investors believe they have strong growth potential. Is Tesla such a rational glamour play? Or is buying into its IPO more like funding a movie or an airline startup--the triumph of hope over experience, glamour over good sense?

UPDATE: Tesla's glamour turned out to be worth even more than the company hoped. Shares went for $17 each, and Tesla increased the number it sold by 20 percent.

Posted by Virginia Postrel on June 24, 2010 in Automobiles, Business

What Glee Gets Right About Glamour 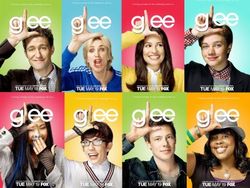 Unless you’ve been hiding in a cave, you’ve probably heard of Fox’s new crazy big hit show, Glee. The show, which is one part Freaks & Geeks, one part musical theater, and one part Saved by the Bell, has 3.1 million fans on Facebook (I am one of them), has spawned countless blogs and YouTube tributes, and is typically the first or second most watched show in its timeslot, especially among the coveted 18 to 49 demographic. We are, it appears, a “Gleek” nation.

The show’s website calls Glee, “a musical comedy that follows and optimistic high school teacher as he tries to transform the school’s Glee Club and inspire a group of ragtag performers to make it to the biggest competition of all: Nationals” – a description so understated it’s almost funny, considering that Glee is a show that involves Hammer pants, Lady Gaga, and Jane Lynch in a tracksuit. Glee understands how to use theatricality to amuse.

Plus, Glee understands the power of glamour, and this is why it – a show about the geekiest kids at a suburban Ohio high school – really works. It’s funny and over the top, but viewers relate to the characters in their insecure high school kid incarnations, so those same viewers experience the elation when the kids start singing and transform into glamorous stars of the stage.

So what is it, exactly, that Glee does right when it comes to glamour? At least five things:


Tuesday’s finale, in which the kids compete at Regionals, promises to be standard Glee fare: lots of heart from the kids, attitude from Sue Sylvester, a few cheerleading uniforms, and a handful of soaring song-and-dance numbers. And glamour, of course – on the surface, underneath, and twisted throughout.