Wind Turbines And High-Speed Rail: The Allure Of Green Techno-Glamour 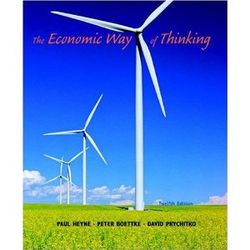 When Robert J. Samuelson published a Newsweek column last month arguing that high-speed rail is "a perfect example of wasteful spending masquerading as a respectable social cause," he cited cost figures and potential ridership to demonstrate that even the rosiest scenarios wouldn't justify the investment. He made a good, rational case—only to have it completely undermined by the evocative photograph the magazine chose to accompany the article.

The picture showed a sleek train bursting through blurred lines of track and scenery, the embodiment of elegant, effortless speed. It was the kind of image that creates longing, the kind of image a bunch of numbers cannot refute. It was beautiful, manipulative and deeply glamorous.

The same is true of photos of wind turbines adorning ads for everything from Aveda's beauty products to MIT's Sloan School of Management. These graceful forms have succeeded the rocket ships and atomic symbols of the 1950s to become the new icons of the technological future. If the island of Wuhu, where games for the Wii console play out, can run on wind power, why can't the real world?

Policy wonks assume the current rage for wind farms and high-speed rail has something to do with efficiently reducing carbon emissions. So they debate load mismatches and ridership figures. These are worthy discussions and address real questions.

But they miss the emotional point.

To their most ardent advocates, and increasingly to the public at large, these technologies aren't just about generating electricity or getting from one city to another. They are symbols of an ideal world, longing disguised as problem solving. You can't counter glamour with statistics.

Read the rest at WSJ.com.

For future writing, I am still collecting examples of  glamorous wind-turbine imagery, particularly when it's used not to represent literal wind farms but to suggest such ideas as innovation, progress, and optimism. If you've seen such examples, please make a note in the comments below.

[Cover image from The Economic Way of Thinking, 12th Edition

, an excellent introduction to economics that has little to do with wind turbines.]

Posted by Virginia Postrel on November 22, 2010 in Transportation, Technology