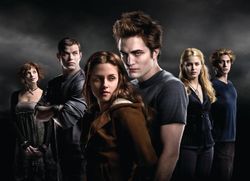 book – they’re no Harry Potter, but they’re entertaining) and I noticed something funny. Well over half the books in the section had to do with some sort of dark magic.

The observation that vampires (and shapeshifters and wizards and various otherwordly creatures) are hot right now isn’t exactly original. It’s been made – and made again. Last fall, Slate even put together a helpful timeline to remind us that, like sex and drugs, this generation didn’t invent fascination with vampires. 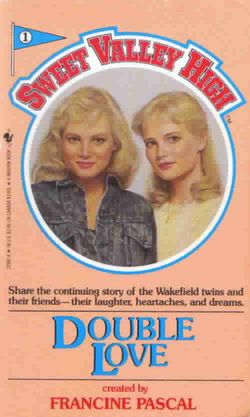 What struck me, though, wasn’t so much the prevalence of vampire-type books, but the absence of glamorous, positive, characters that see the sun. As a kid growing up in the 80’s, I amassed quite a collection of young adult series: The Girls of Canby Hall

series by Eileen Goudge (including a character named Kit), and of course, the Sweet Valley High

The Wakefield twins – one bookish, the other wild, both beautiful – provided glamorous, yet   (mostly) wholesome role models for tween girls. They were anti-Bellas – they suffered their fair share of teen girl angst, but were more prone to action than brooding.

Starting tomorrow, the Victoria & Albert Museum will display the celebrated wardrobe of 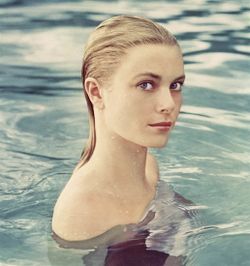 Hollywood/royal glamour icon Grace Kelly. Kelly, with her icy blonde good looks (shown here photographed by Howell Conant), was a proto-Wakefield twin – all California beauty. The buzz surrounding the exhibition suggests that there still is room in our glamour banks for the pristine-blonde-and-put-together icon.

The question is: is there room on our bookshelves?