How do you sell a bland car with a tarnished brand name? Wrap it in retro glamour, with some Mad Men style. (The young people love Mad Men.)

Instead of showing old cars, which would look jarringly different from today's styles, Toyota's Avalon commercials cleverly play with the old-fashioned glamour of streamlined trains and Jet Set-era airplanes, all done with a wink to update the attitude for the 21st century. The Avalon still looks bland, but the commercials do make the car seem roomy and, most important, its occupants seem fun.

Chrysler, by contrast, offers a study in how not to use retro glamour. Here's the text, run sideways along four pages of muddy photos whose Manhattan skyline and pretty people are supposed to spell glamour. 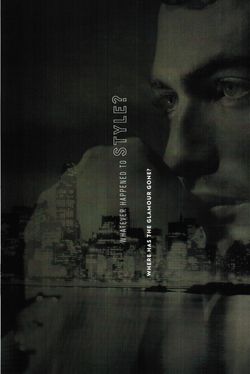 Whatever happened to style?
Where has the glamour gone?
It wasn't long ago, America had it.
Looking and feeling like a million bucks
was practically our birthright
We didn't race from place to place.
We cruised.
Going for a drive was a big deal.
People took notice.
We turned heads.
and when we arrived somewhere
WE ARRIVED IN STYLE.
At Chrysler we believe it's time to get it back.
To regain the style, the cachet, the confidence.
We say it's time to reignite the American dream.
And the same design principles that got us there once will catapult us there again.
Our aim is to design things that start out revolutionary and end up timeless.
Beautiful and functional.
It's time to put our right hand at two o'clock and our left elbow out the window.
To rediscover what it feels like to drive down the street and have every kid in the neighborhood running to take a closer look.
Let's turn driveways into runways.
Let's design cars people want to make out in again.
Cars people want their photo taken with.
Because pride is a wonderful feeling
And it should be available to everyone not just the privileged few.
It's time, once again, for America to arrive in style.

As an internal design mandate, this statement might work. But as an ad it's all telling rather than showing, with a bathetic result. After the buildup, what do we get? An ugly Chrysler grill. The voice, while striving for glamour, comes off as crotchety and backward-looking. Chrysler, it declares, makes cars for the Get Off My Lawn crowd, the people who believe America peaked in 1955. No glamour there. (Besides, the Get Off My Lawn crowd wants its money back.) 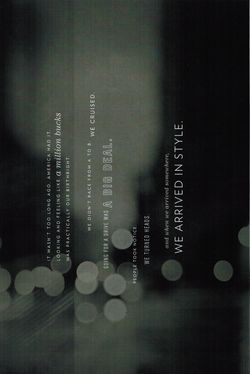 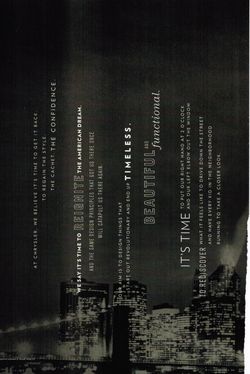 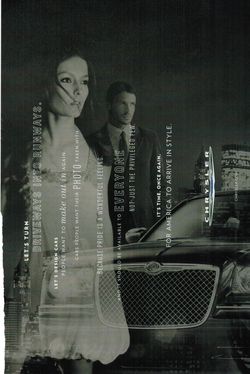