The Glamour Of Mystery And Surprise 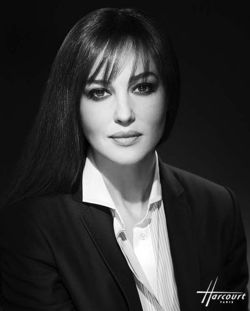 The capacity of human beauty to move us has long been a source of mystery. In Christopher Marlowe’s 1587 play, Tamburlaine the Great, Tamburlaine’s rage for conquest causes him to destroy cities, kingdoms, and whole races. He kidnaps Zenocrate, the daughter of the Egyptian king, rapes or seduces her, then falls in love and marries her. They have three sons together, and when she dies he is inconsolable.

At one point, unable to understand why her beauty moves him so, Tamburlaine decides that if all the poets in the world, with all their wit, were to fashion the perfect tribute to beauty, then

“Yet should there hover in their restless heads
One thought, one grace, one wonder, at the least,
Which into words no virtue can digest.”

I chose this photograph of Monica Bellucci to illustrate our inability to fully express our sense of wonderment when we perceive beauty because it conceals her astonishingly sexy figure. The beauty of her face and figure are so impossible to ignore that many of her film roles have focused on the obsessive desire that her appearance fosters in men. In 2004 AskMen.com voted her the most beautiful woman in world.

This black-and-white portrait of Bellucci in her mid-40s allows us to see that part of her allure is her remarkable poise. She started modeling when she was sixteen, and for awhile she used her earnings to pay for law school before she eventually choose to pursue modeling and acting full time. She speaks Italian, French, English, and Spanish, and as an actress she has had speaking roles in each language. I suspect that her intelligence has helped her keep all the fuss about her appearance in perspective. 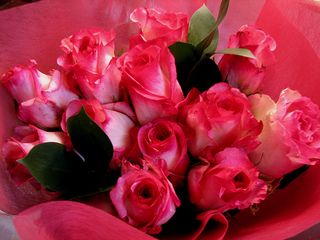 Looking at Bellucci’s dark Italian eyes, I also suspect that it would be impossible to ever fully “know” this woman. But I think the same is often true of the people that each of us loves and are closest to. We may get used to the patterns of living with someone after a number of years, but “getting used to” someone doesn’t mean that we fully “know them.” And I suspect that thinking we do can easily become an unfortunate mistake. There is something important to be said for retaining some sense of mystery, and periodically surprising your significant other with an unexpected action designed to please them can suggest that you never intend to take your relationship with them for granted.

As someone who enjoys surprising my wife with unexpected gifts, I once mentioned to a colleague that I thought I would pick up a dozen roses on the way home. He asked what the occasion was, and I said that there was no occasion, and that’s what would make it a nice surprise. He said that he had never done anything like that, and maybe he should buy roses too. Then after a moment’s thought, he said, “No, if I did that my wife would start the third degree on me, wanting to know what I had done wrong, and she would never let up.”

Posted by Randall Shinn on July 28, 2010 in Mystery, Appearance