Eating lunch in the mall food court the other day, I happened to see this Taylor Swift video from 2008. I was struck by the costumes. The men and women's clothes were inspired by completely different periods. 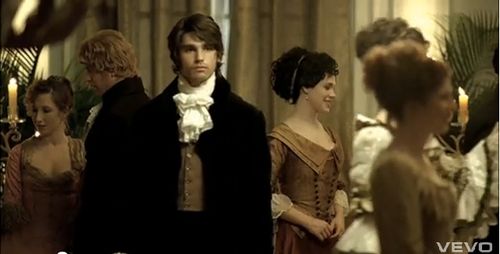 The man, who seems to have stepped out of a Jane Austen novel, is channeling the Regency styles of the early 19th century. 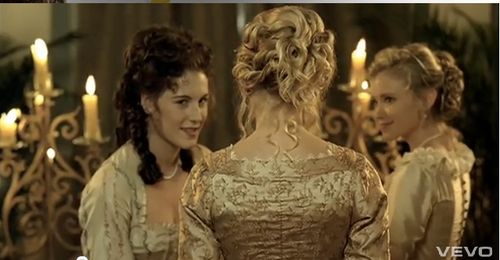 But instead of the clingy empire-waist gowns of the period, the women wear dresses that call to mind the mid-to-late 18th century--vaguely Versailles. See this picture of Madame Pompadour or this Copley painting of Mrs. Benjamin Pickman for comparison. 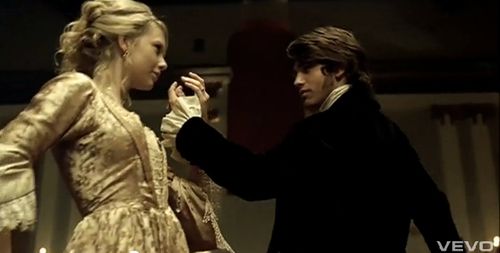 The video isn't, of course, a period piece. Its imagery is meant to evoke a fairy-tale romance. Vaguely 18th-century court garb spells "princess," while a black suit with a bit of ruffle at the collar and cuffs says "olde time gentleman lover" without being too jarring to contemporary eyes. (You don't want him looking like Adam Ant or Roger Daltrey in the highwayman post below.) Plus there's the Jane Austen connection. 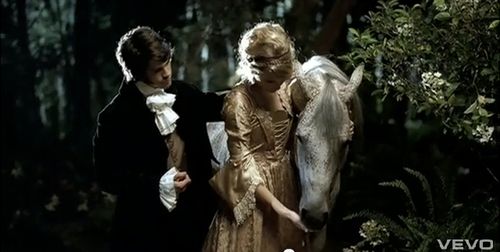 Completing the mashup are the song's lyrics, which compare the high-school lovers not only to a prince and princess but also to Romeo and Juliet, who were from a still-earlier period. I suppose it all just proves that young love is timeless.