The Rise And Fall Of Sexy Halloween 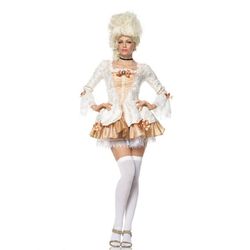 For those of you who don’t know me personally, I must confess a shame: a couple of years ago I gave in to the status quo. I bought a sexy Halloween costume.

In the last few years the formerly sexy black cat, sexy devil, and sexy French maid have been retired in favor of a bevy of sexy fairy tale characters, sexy sailors, and sexy gangsters (?).

In fact, in the last few years, the effort to sex-up every aspect of Halloween has created an entire niche industry trying its darndest to come up with year’s sexiest and most unusual costume.

Everyone wants to design the next Sexy Marie Antoinette! But in the meantime, the very definition of sexy suffers. Let's take, for example, sexy crayons. Sexy clowns. Even Sexy clown fish. 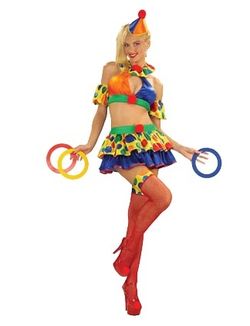 In  a world where sex sells and therefore is everywhere all the time, have we forgotten what sexy is? (You know who we should ask? Sexy Marie Antoinette.)

But as much as I lament the road female costumes are on, I feel worse for the men. Case in point, the To-Do List costume.

It is a sad, sad world we live in where men feel that a square, foam form over their body representing a super-sized desk item is considered hilarious enough to wear in public. Where is my giant stapler man costume? My giant tape dispenser or giant conference call triangle thing?

The day the music dies.