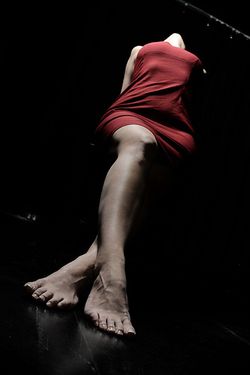 I just purchased a book by Kim Addonizio that contains a poetic response to Freud’s question, “What Do Women Want?” Her poem begins:

I want a red dress.
I want it flimsy and cheap,
I want it too tight, I want to wear it
until someone tears it off me.
I want it sleeveless and backless,
this dress, so no one has to guess
what’s underneath.

I suspect there are many women who sometimes fantasize about what it would be like to be boldly uninhibited about their sensuality. I know my wife sometimes does, and one of the fictional characters who fascinates her is Carmen (whether in the opera or the flamenco film). This story of a lustful gypsy who shamelessly seduces whatever man she chooses fascinates a lot of people—it has been the basis for more than 50 films, musicals, and dance works.

We plan to travel to London in October, and I discovered that Bizet’s Carmen will be playing at the Royal Opera House. So I located a dress-rehearsal video of Elïna Garanča, the mezzo soprano scheduled to sing the title role. My wife loved the red and blue costume and the staging. Here is that dress rehearsal video (not of the production we would see):

Carmen takes as her lover whatever man interests her at the moment, and then abandons him when he begins to bore her.  Similarly, later in her poem Addonizio writes:

I want to walk like I’m the only
woman on earth and I can have my pick.
I want that red dress bad.
I want it to confirm
your worst fears about me,
to show you how little I care about you
or anything except what
I want.

Poor Freud. I wonder if he ever imagined that this is what women sometimes want, even if perhaps temporarily, or even if, for most women, perhaps only in fantasy. (Here are links to Addonizio’s whole poem, as well as Virginia’s earlier post on red dresses.)

[Red dress photo by inottawa, and used under the Flickr Creative Common's license.]