The WoW Of Glamour

If you're a player of World of Warcraft (WoW), last Thursday was The Day.  Thursday was the day when the Wrath of the Lich King Expansion Pack

became available.  In addition to allowing players to reach level 80 instead of 70 (as with most video games, WoW exists in a Spinal Tappian world where 11 is always better than 10...), the Lich King signals the arrival of barber shops in to this online world.  Yes, now lovers of WoW and their online characters can express themselves with the style, cut, color, and length of their hair.  Including facial hair.

In this game, one labors for endless hours to earn gold to buy... new outfits.  And not just new clothes, but entire suites of goods that signal that you're moving up in the world, have friends in high places, an interesting personal life, and a good income.

While this addition may not seem significant to those with ready access to good personal grooming services, for each one of World of Warcraft's 11 million subscribers, finally having access to a (virtual) shave and haircut makes all the difference.  You see, World of Warcraft is indeed an online fantasy role playing game, but it is much more than that.  At its essence, it is a way for individuals to engage in the world of glamour.  In this game, one labors for endless hours to earn gold to buy... new outfits.  And not just new clothes, but entire suites of goods that signal that you're moving up in the world, have friends in high places, an interesting personal life, and a good income.  Sound familiar?  And then add to that expensive outfit a new hair style.  A spiffy hat.  A dye job.  And perhaps even a special ring or cape.  The addition of the barber shop opens up many more avenues for self-expression.  And in as much as self-expression is a fundamental element in a our hierarchy of needs, WoW fills that space.  At the end of the day, WoW's secret is that you reach a state of flow during your first ten minutes of play, and you stay in that state for the rest of your subscription.  Haircuts matter.


Each character in WoW has 19 different equipment slots, each which can be filled with thousands and thousands of different items.  Plus, you can have a pet and a horse and even a personal helicopter.  In busier parts of the WoW universe, this leads to a street-level fashion scene that rivals anything you'd see in New York or Milan.  In homage to The Sartorialist, let's take a walk around the hills and streets of Warcraft to capture some fashion plates in action: 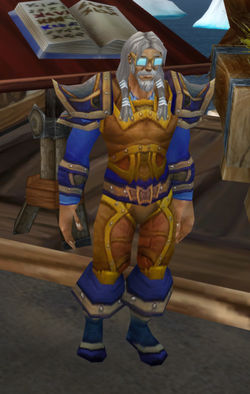 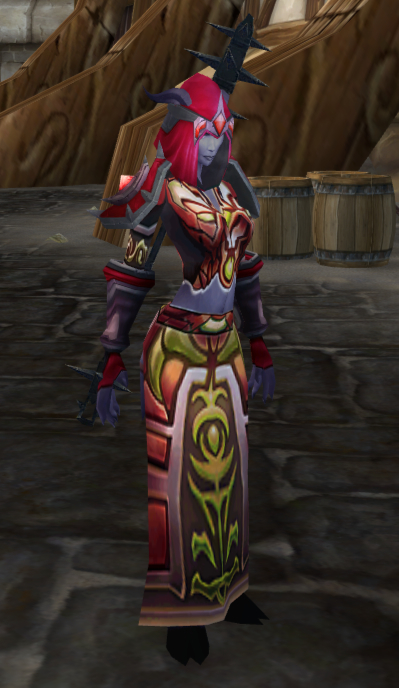 On the street... Eclectic at Fizzcrank Airstrip 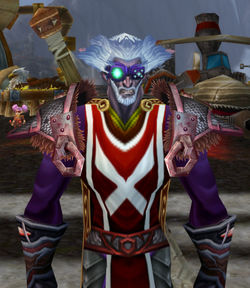 At what price flow?  Well, it'll cost you $40 for the Lich King upgrade

, and $15 per month thereafter.  Multiply those figures across 11 million subscribers, and you get gigantic streams of reliable cashflow.  World of Warcraft is big business, a veritable machine for printing money.  So big and influential in the way people use it as their dominant form of aesthetic expression, I'd argue, that we should stop thinking of it as part of the gaming industry, and start thinking of it as a leading player in the world of fashion.  World of Warcraft gives people the same kick they would get from sporting an Armani (only better), and is even more effective at removing cash from their pockets.  This glamour thing, it's a big deal.

Posted by Diego Rodriguez on November 16, 2008 in Fashion, Games