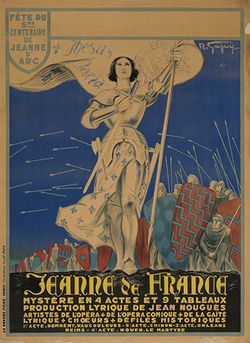 Writers often treat glamorous and charismatic as synonyms (as does this online thesaurus). Both qualities are appeals that draw in the audience, but (as I discuss in my DoubleX article on Amelia Earhart and Pancho Barnes, excerpted below) they work in entirely different ways, with different implications for the ongoing relationship between audience, object, and broader causes.

Charisma is a personal characteristic like intelligence.  A place, an idea, even an object can be glamorous, but only a person can be charismatic. Charisma moves the audience but flows from the charismatic person. Even unsympathetic audiences can feel its power. (Charisma in someone hostile can be quite frightening.) Glamour, by contrast, is a quality like humor that emerges in the exchange between audience and object; its existence depends on the audience’s receptive imagination.

If you think of Barack Obama as a charismatic president, it is hard to explain why he has so much trouble persuading the public that elected him to support his policies. But if you understand his appeal as glamour, in which the audience, not the subject, supplies the meaning, then it’s not surprising that Obama means different things to different people and thus has difficulty rallying his supporters in favor of a given policy.

A still photograph best captures glamour; a live performance most powerfully conveys charisma. Glamour operates at a distance; it requires mystery, allowing the audience to fill in the details with its own desires. The most effective live performers are charismatic on stage. They may also be glamorous, but that depends largely on the relationship between audience and the performer’s off-stage persona. 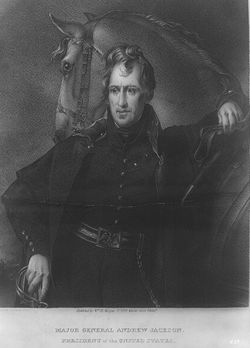 Charisma disappears with death. Charismatic figures are thus remembered only through accounts of their charms or the effects of their actions. As time passes, their personal magnetism becomes less and less understood, especially if there are no live recordings of their performances. Historians can tell us plenty about Jacksonian democracy, but we can’t fully comprehend why Andrew Jackson was its representative. Dolley Madison was famous in her day, but her charms are lost. Her only memorable action seems to be saving the Stuart portrait of George Washington when the British sacked Washington. Given the roles available throughout much of history, it’s not surprising that we remember far more charismatic men than women. Generals, politicians, preachers, and entrepreneurs change nations and leave behind institutions. Hostesses, courtesans, and teachers generally do not.

After death, charisma is sometimes transmuted into glamour. The charismatic figure loses his or her individuality and original appeal to the audience’s myth-making desires. Joan of Arc may be the preeminent example of this phenomenon. “Instead of a bold and charismatic leader, talented soldier, and quick-witted girl, she was recast symbolically as an agent of God, a simple peasant girl chosen to humble the great and powerful,” writes historian Larissa Juliet Taylor in The Virgin Warrior: The Life and Death of Joan of Arc

, a new book that seeks to separate the woman from the myth. (Something similar happened with Dolley Madison's image, though to a much lesser extent.) By contrast, the evolution of Princess Diana suggests that, in life, glamour can sometimes be replaced by charisma—as the personal magnetism of the flawed “People’s Princess” substituted for the fairy-tale mythology of the youthful bride.

Posted by Virginia Postrel on November 17, 2009 in History, Glamour Defined