What's In A Name? A 'palimpsest For Parental Aspirations,' Actually. 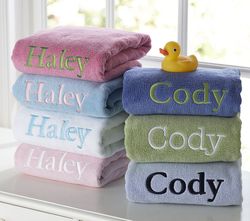 First up, I have no babies. I have a dog named Pete. But the subject here today is hip baby names. And why one hip name multiplies into a nation of Rubys, Jacks, Dakotas, and Jaydens seemingly overnight. One researcher says we need look no further than the Pei Wei next to the CVS.

Psychology Today reports that Cleveland Kent Evans, a professor of psychology at Bellevue University in Nebraska and past president of the American Name Society, has this theory:

"Evans believes that our homogeneous strip-mall culture fosters the desire to nominally distinguish our children.

He cites a boom in unique names dating to the late 1980s but says the taste for obscure monikers developed in the 1960s, when parents felt less obligated to keep certain names in the family."

And as our own Virginia Postrel wrote in the  NYT, "a smaller proportion of all names are concentrated among the most popular. So there's a constant need for new names, as formerly unusual ones become too common."

I must confess I like some hipster names. (My sweet, adorable niece is Emma which was #1 on the baby names list in 2006.) But , nothing scrapes chalkboard of my soul more than pretentious names like (sorry parents) Atticus and Emerson. They have the same effect on me as MacKenzie and Madison, both of which I loathe and are everywhere.

P.S. Madison was the punch line of a joke in Splash. I remember the audience laughing out loud at the ridiculousness of such a name. AM I THE ONLY ONE WHO REMEMBERS THIS?

Anyway, mom-to-be Jill Bass in the Psychology Today article said "We don't want to go the Jake, Zak and Tyler route. It will sound like one of those year-2000 names. We don't want to sound as though we were trying so hard."

Ah yes, I know what she's talking about, e.g. names that end in "den," as in Caden, Braden, Aiden, Jayden, and Brenden, where unsuspecting parents are actually sentencing their child to a lifetime of classrooms chock full of the Jennifers, Kellys, and Jasons of my youth.

Go to England and chances are you'll meet any number of Kates, Emilys, Davids, and Desmonds on the same day.  No one minds the repetition there. So why is it suddenly so hard to name a baby? Because, silly, what would the neighbors think?

"While a name may be a palimpsest for parental aspirations (hence the concerns of savvy parents that they not appear to be striving too hard)..."

"...a name also reflects high hopes for the child himself. Choosing an uncommon name is perceived as an opportunity to give your child a leg up in life, signaling to the world that he or she is different. In Snobbery, cultural critic Joseph Epstein argues that a child named Luc or Catesby seems poised for greater achievements than selling car insurance."

So if you can figure out a hip name that's actually different than the other hip names your neighbors have already given their children, bully for you! Michael Sherrod created a book of Bad Baby Names: The Worst True Names Parents Saddled Their Kids With, and You Can Too!

and found out that kids with crazy names including Ima Hogg, "did get a little tired of hearing the same jokes, but they liked having an unusual name because it made them stand out.”

Anyhoo, The Daily Beast has 10 ways to avoid hipster baby names. But if you're actually looking for hipster names hit Nameberry's list. And for a list of truly the worst names in the world, look no further than this contest through the NYT.

But after writing and researching all this, I have to say naming your newborn Jennifer or Jason today might be the way to go... they'll be the only ones in their class with that name and all the Reeces and Elles might just think that's pretty darn cool.

Posted by Paige Phelps on December 09, 2008 in Children