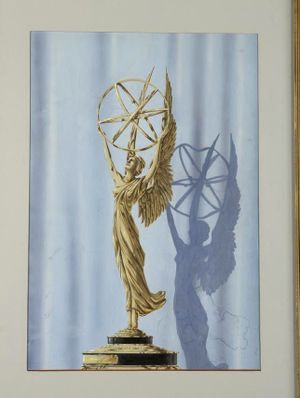 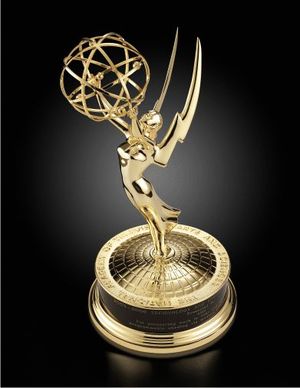 Done by Lou McManus in 1948, this conceptual design for the Emmy statue (left) is up for sale at the LA Modern auction on December 7, with the sale price estimated at $5,000 to $10,000. (Auction previews begin next Saturday, November 29; see link for details.) For a modern piece, the concept is extremely unstylized, with feathery wings, specific facial features, and lots of drapery folds. Television may have been a new medium, but Emmy looks like a 19th-century version of classicism. And the shadow is a nice touch.

Posted by Virginia Postrel on November 22, 2008 in Fashion