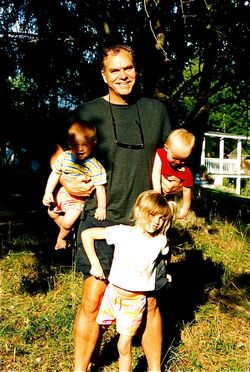 Airports and beach houses, hippie crash pads and geodesic domes. Alastair Gordon's prolific writings combine a critic's eye for architecture with a social historian's instinct for cultural meaning. I discovered his work through his fascinating 2004 history, Naked Airport: A Cultural History of the World's Most Revolutionary Structure, which was a great resource when I was writing about airline glamour. His latest book, Spaced Out: Radical Environments of the Psychedelic Sixties, takes on a less conventionally glamorous topic. What might these two topics have in common? "For me," Gordon told DG, "architecture is ONLY interesting as far as it reflects cultural aspiration and the prevailing spirit of the day."

DG: Many reviews of Naked Airport invoked the "vanished glamour" of air travel. What destroyed that glamour, and how was the loss reflected in the design of airports?

AG: Several reasons that the glamour went out of air travel: a more competitive airline business with new companies offering lower prices. I flew with my parents to Europe numerous times in the 1960s and we always dressed up as if attending a special event. Those were relatively small planes, the service was good and the airports were manageable. The Boeing 747, introduced in 1970, was the final insult, ushering in mass air travel and lowering general standards of service and aesthetics, bringing cramped seats, poor cuisine and overworked staffs. The jumbos also threw airport terminals into chaos because none were designed to handle such crowds. Architects and planners responded with sprawling, mall-like terminals that stripped away the final vestiges of romance. Nor did the threat of hijacking and terrorism help. Being scanned by machines or interrogated by poorly trained personnel is never sexy.

DG: In that book, you write about an airport sign that says, "Excuse our appearances. We are tearing down yesterday to make room for tomorrow." You write, "But the idealized 'tomorrow' never comes." How does architecture relate to cultural aspiration? 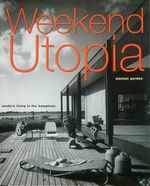 AG: For me, architecture is ONLY interesting as far as it reflects cultural aspiration and the prevailing spirit of the day. Almost all of my books have been about social history reflected in the built environment: Weekend Utopia looked at how the modernist beach houses of the post-war period were idealized icons of Cold War aspiration (the flip side of all those basement A-bomb shelters.) Naked Airport traced the evolution of the airport as a symbolic as well as functional "artifact," one that by its very nature could never live up to its utopian promise. Kennedy International, for instance, was designed in the late 1950s to be a showcase for US-style democracy (vs. Soviet-style communism) with an eclectic array of architectural styles, formal gardens, fountains, reflecting pools, chapels, etc. to evoke a welcoming "Ellis Island of the Air." In my most recent book, Spaced Out, I wanted to document, and in a sense reclaim, the trippy environments of the psychedelic sixties and show how they reflected the cosmic aspirations of that generation.

DG: Hippie dwellings seem too grungy for glamour, but they do (or did) have a certain romance. What attracted you to that subject? 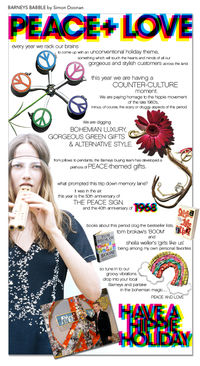 Hey! I think hippie culture is very high fashion, whatever that means, and it seems more relevant now than ever with so much renewed interest in green/sustainable design, planetary survival, living simply and bling-less. (Just before Christmas, I was involved in a big "Have a Happy Hippie Holiday" event at Barney's in NYC that Simon Doonan conceived.) At some point I realized that the sixties were a major cultural renaissance and not merely a youth revolt. What attracted me was the wild exuberance and innocence, the seeking of expanded consciousness and new kinds of spirituality, especially in light of Bush/Cheney's fear mongering and the culture of control that arose after 9/11. I suppose the book was also a way to reconnect with my own adolescent wanderings.

DG: What surprised you when you did the research?

AG: Everything surprised me. All of my assumptions and prejudices went out the window. It turns out that the official version of the 60s was a complete distortion of fact. I grew up during that period but was too young to really participate as a mover/shaper. By the time I was eighteen it seemed over and then, suddenly, everyone was dissing the movement as an aberration. (Of course, Altamont and Charlie Manson didn't help.) I wanted to go back and make a narrative that wasn't dumbed down or dismissive. I tried to be as generous and open-minded as possible. (My wife would point out wherever my text became too judgmental.) Everyone I interviewed had a different story: a million mini revolutions happening at the same time, sometimes overlapping, sometimes taking place simultaneously but separately, and very little of it was documented. The outlaw architects and builders I researched were trying to reinvent the very idea of human community; replace the conventional family with tribal patterns; expand consciousness; live in harmony with nature; work with recycled materials; live off grid; create revolutionary structures like geodesic domes, yurts and organically curving womb rooms. It's easy enough to make fun of them today but they may be the ones that end up having the last laugh.

DG: In Spaced Out, you write about the "reckless longing for other states of being." Is that longing something that can be expressed architecturally? Was it inevitably disappointed?

AG: Yes, I think that longing was expressed architecturally, but unfortunately we don't have many monuments from that period as reference points. I began the book with a visit to Arcosanti, Paolo Soleri's sustainable city in the Arizona desert, because it still exists. But most of the architectural spaces from that period were more insubstantial and didn't survive. Early psychedelic explorers described how corners dissolved, hard edges softened, straight lines curved, colors exploded, ceilings and floors blew away. This new kind of spatial experience was translated into all kinds of temporary environments (some called it "LSDesign"): crash pads, womb rooms, teepees, tents, tree-houses and basic shelter built out of unstable materials like mud, straw bales, recycled wood or blown polyurethane. But the temporality was also what made theses structures beautiful. The counter culture was all about being in the moment so who was worrying about resale value or termites? Yes, of course, it is bound to disappoint because it can't last very long. You do eventually get sick of leaky roofs, shared communal spaces and eating out of the same bean pot. But to me that was what was so compelling about the period: this reckless sense of abandon, that anything was possible, that yes, society could be reinvented and rebuilt from the ground up. I think we're seeing this legacy reconstitute itself today.

DG: You now write for the WSJ's luxury-oriented magazine. How has the financial crisis affected what stories you do? Is there room for luxury and aspiration in the current environment?

AG: Yes, I think "luxury" and "aspiration" are being substantially redefined and down-sized, and that is obviously a good thing. There's a noticeable turning away from conspicuous excess. I'm certainly not writing about giant MacMansions in the Hamptons or architectural ego trips. I just published a story in our last issue about a group of small guest huts on wheels that Tom Kundig designed in Washington State: "the architectural equivalent of sack cloth and ash," is how I described the rusting steel walls and plywood interiors.

The client had plenty of money and could have built anything but he chose to make a statement. The huts are simple but incredibly elegant. I'm working on a story for the next issue about how young architects are donating their services to design affordable housing, schools and community parks. This is a promising, and inspiring, trend. And yes, there's room for luxury and aspiration in the current environment but the days of unapologetic Greed (with a capital "G") are over.

1) How do you define glamour? Intelligence mixed with a physical sense of self.

2) Who or what is your glamorous icon? I really don't believe in "icons" but I guess for a woman:Michele Obama walking up Pennsylvania Ave. with her beautiful daughters; for a man: Sean Connery in opening scenes of Dr. No

3) Is glamour a luxury or a necessity? A necessary part of the human ritual. Glamour doesn't have to be a luxury.

(1962), a perfect degree of Euro-style angst mixed with glamour. 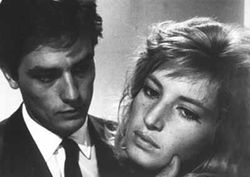 5) What was your most glamorous moment? Meeting my wife at a softball game in East Hampton and/or the nanosecond on red carpet at Academy Awards before photographers realized I wasn't a real celebrity. 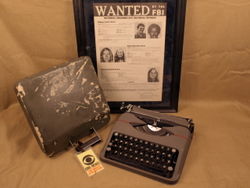 8) Most glamorous job? My brief career writing glamour copy for Calvin Klein in the early 1990s, or my even briefer career writing for Hollywood in the 1980s.

11) Can glamour survive? Only if it comes from the street.

12) Is glamour something you're born with? No, not necessarily, but genes might have something to do with it.

1) Angelina Jolie or Cate Blanchett? Usually Cate but I like how Angelina's becoming a real woman and less of an action vixen.

2) Paris or Venice? Paris most of the time but Venice once in a while.

4) Princess Diana or Princess Grace? Diana, I guess, but Grace was lovely.

5) Tokyo or Kyoto? Kyoto, only because of those raked gardens. 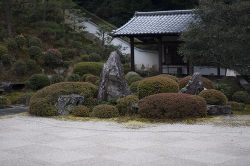 6) Boots or stilettos? Boots only because it's hard to find stilettos for my size 13 feet.

7) Art Deco or Art Nouveau? I don't like either one but Art Nouveau if I was forced to spend time with it.

8) Jaguar or Astin Martin? Vintage E-type Jags are cool if fussy but I always liked that James Bond Astin Martin with the ejection seat.

9) Armani or Versace? Neither. Really. Neither.

10) Diana Vreeland or Anna Wintour? Vreeland I guess because I met her once and she seemed pretty elegant. 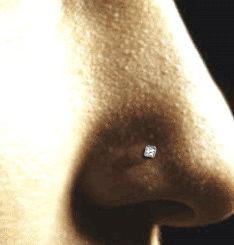 13) Diamonds or pearls? I don't wear any form of jewelry but if I did I guess I would wear a diamond nose stud.

14) Kate Moss or Naomi Campbell? Kate, only because I think she's getting more beautiful despite cocaine controversy.

Posted by Virginia Postrel on March 04, 2009 in History, Q&A, Architecture