Beyond Clarity And Efficiency 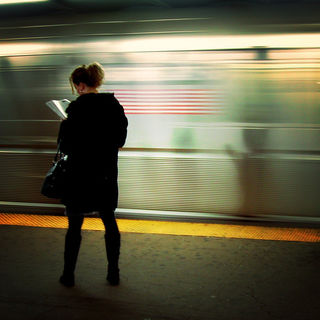 With the widespread availability of books on tape and CD, we can, if we choose, hear many novels read to us by experienced readers, some of whom are excellent. In her post about the power of the written word, Kit Pollard muses that “sometimes it’s nice, as a reader, to do a little interpretation.” Her thoughts remind us that when someone performs words they inevitably interpret them, and that other interpretations, including our own, are possible.

Compared to words in print, a performed rendition adds tone and inflection. Imagine reading that three women are sitting together in a restaurant when a fourth woman enters. One of the seated women (I’ll call her Stephanie) remarks, “Doesn’t she look pretty?” Without more information we have to guess whether Stephanie’s remark is a sincere compliment or a snide insult. But if we heard the tone and inflection of her remark, or if we knew Stephanie better, we would likely know her intent.

The absence of tone makes writing dialogue in fiction challenging. Playwrights and screenwriters sometimes use parenthetical remarks to suggest a performance tone to actors. Within the film trade these are sometimes called “wrylies” because “(wryly)” has been a much used parenthetical instruction. Experts on writing plays and screenplays advise eliminating wrylies as much as possible. (Shakespeare’s plays contain almost no interpretive instructions.) If script writers insert numerous wrylies, professional actors often respond by going through the script and marking them out. Actors often feel that the way that a line should be performed will vary depending on how they as actors choose to portray the characters. As one website advises, “Try to cut out all the wrylies you can. Actors hate 'em. Directors hate 'em. They think you're trying to do their job.”

Authors of novels frequently provide information about various characters’ thoughts or the tone of the dialogue. Thus a novelist might write: “ ‘Doesn’t she look pretty,’ Stephanie said wryly.” But editors often advise novelists to avoid adding too much interpretive information. Doing too much of this can rob readers of the chance to interpret for themselves what a character’s behavior reveals about them. Thus the frequent admonition to writers to “Show, don’t tell.” But “telling” can be useful and efficient. Finding a successful balance between showing and telling is one of the challenges of writing. 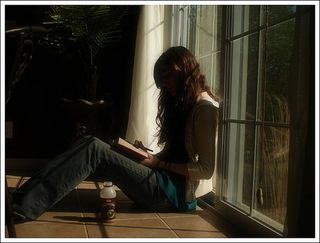 This discussion raises the question of whether written prose can be glamorous without some special means of presentation. In my experience prose itself can be glamorous, but the vast majority of prose clearly is not. To be glamorous, prose has to move beyond clarity, efficiency, and grammatical correctness. Glamour in language requires paying attention to subtle nuances of meaning. It also requires paying close attention to the sound and rhythm of words and word groups. Most writing within legal, government, scientific, and academic communities reveals a deaf ear for the sound of language, as Kit remarked of the typical writing of economists. Some fiction and non-fiction writing is glamorous, but most is not.

Even when we read silently, we tend to hear the sound and rhythm of what we are reading in our minds. I suspect that some form of sensuous perception or imagination is likely to be a factor in everything that we find glamorous. Certainly, if a passage of prose would fail to resonate if read aloud, it will fail to resonate in the mind when read silently. It is far easier for language to be informative, meaningful, and even exciting than it is for it to seem to cast a spell. Achieving the latter is rare. Yet, when language is alluring, we can often recognize this immediately. When starting to read a novel, for example, if the writing has been done with extraordinary care and imagination, we may find ourselves falling under the spell of the author’s captivating use of language as soon as the first sentence, paragraph, and page.

["Reading on the platform" photo by Flickr user Moriza. "Sitting reading" photo by db*photography. Both used under the Flickr Creative Commons license.]

Posted by Randall Shinn on August 16, 2009 in Books, Rhetoric