The obscure diseases that I or someone close to me has are totally real.

The obscure diseases that other people have are just bupkis.

(This is meant to be read ironically.)

I'm particularly sympathetic to this point since the article he's taking issue with starts with a swipe implicitly comparing depression to ordinary sadness, which is rather like comparing the flu to sneezing because you inhaled some pepper grains. Personal interests aside, the more fundamental issue is the way we treat the term disease. If something is a "disease," it is worth treating. If it isn't a "disease," you should just live with it. But why? Why not treat a biological condition you just don't like? (I'm assuming that you are directly or indirectly paying for the treatment.) We don't have to call Restless Leg Syndrome a disease to acknowledge that it disturbs some people's sleep and that those people would like relief. Contrary to what you may have heard, the only sort of character suffering builds is the ability to suffer--a useful ability in a world where suffering is the routine nature of life but not a virtue that makes the world a better place. 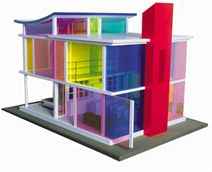 The good news is that we sold our Dallas condo last Saturday, after less than a month on the inventory-rich market. The bad news is that we have to rush to get out of here by August 6. I'm keeping Craigslist busy with ads for stuff that won't fit in our LA place. The latest entry, for the famous Bozart Kaleidoscope doll house, caught the attention of the D Home and Garden blog, which calls it the "coolest doll house ever." One of their sister publications even sent a photographer out to feature it in an upcoming real estate section. I'm rather ambivalent about losing it, so the price is high--unlike the bargain basement prices for the furniture we've been shedding. Anyone need a deal on lateral file cabinets?

In yesterday's Circuits column, the NYT's David Pogue evaluated pen scanners, a gadget I've been thinking about adding to my reporter's toolbox. Alas, they aren't all that accurate. Typical result: "Even on a crisp, perfectly clean laser print of 'The Star-Spangled Banner' lyrics, two of the eight opening lines came out garbled ('Oh say can you see by ~h dawn1s early light'). " OCRs have come a long way, but they still lack the intelligence to put the letters they see in context.

I shouldn't be surprised, given my experiences with old-fashioned optical character reading--a.k.a. reading with my eyes--as I've tried to make out various mysterious characters to enter my many Diet Coke purchases My Coke Rewards. Each bottle cap or 12-pack box has a code that you have to enter on Coke's overdesigned site. The code is long series of random letters and numerals, seemingly chosen for minimum readability and maximum ambiguity--Is that an A or an R? A G or a 6? An M or a W or an N? I routinely take two or three tries to enter the sequence correctly, especially if a bottle cap with a plastic liner is involved. But I drink so much Diet Coke, I figure it's worth it for the free movie tickets. Besides, I might get a blog post out of it.

Even in self-expressive L.A., house paint is a subject of controversy. Joe Robinson reports in the LAT. The lead:

At 76, Ann McGuirk seems an unlikely candidate to make waves, but the great-grandmother is taking a step as radical as it gets in suburbia. She's having the outside of her Santa Monica home painted a color bolder than beige. A lot bolder. A crew of painters is putting the finishing touches on a cobalt blue deep enough to dive into.

"It's very blue," says a jogger, shuffling by on the tree-lined street of rehabbed Craftsmans and Tudors.

July is peak home-painting season, and you can drive through neighborhoods from Malibu to Palm Springs and find the few, the brave, the festive -- people such as the McGuirks who are unafraid to let the block know that life is better in living color. There's the day-glo orange home lighting up a corner of Venice, the sapphire-soaked adobe with a luminous tangerine wall in Mar Vista, the home in Santa Monica that's lime green with blue trim.

Mark Shaw calls these beacons of vivaciousness "Easter eggs," and he's never too excited to see one. When he spots an egg house shining on brightly, "it's like, there goes the neighborhood," says Shaw, a real estate agent for ReMax who used to live near a home painted pink and purple. "It's equivalent to a house that's been run down. If it's in an urban area, it's a little better, but if it's in a suburb, it really sticks out."

The SacBee's Dan Weintraub reports on a California policy debate surrounding a cool new technology--car paint formulated to absorb less heat, regardless of color. The paint keeps the car cooler, which saves air conditioning, which saves energy and cuts CO2 emissions. The debate in California is over whether to require car makers to use cool paint on new cars. The article left two big questions unaddressed.

First, if this paint is as great as it sounds, I would expect there to be a big demand for it in hot or sunny places, where any edge against a broiling car is desirable. Is the paint superexpensive? Does it require some special application process or equipment that other auto paint doesn't? Is it just too new to have been marketed well? What's the problem? Why aren't new car buyers looking for cool paint as an option? Why isn't there an aftermarket for repainting cars with cool paint?

Second, new cars account for a tiny fraction of the cars on the road. From a policy point of view, shouldn't the emphasis be on getting cool paint on old cars? Does it not work if it's painted over not-cool paint? If it does work, a much more effective policy would be to encourage people to repaint their old cars through tax incentives, subsidies, etc. Aside from the immediate advantages, a time-limited incentive program would spread the word about cool paint and help create demand for it in the future. But, of course, targeting consumers with incentives rather than manufacturers with regulations would require doing something where the costs are obvious to the California budget rather than hidden in the prices of new cars or the reduced profits (and shakier pension plans) of automakers. 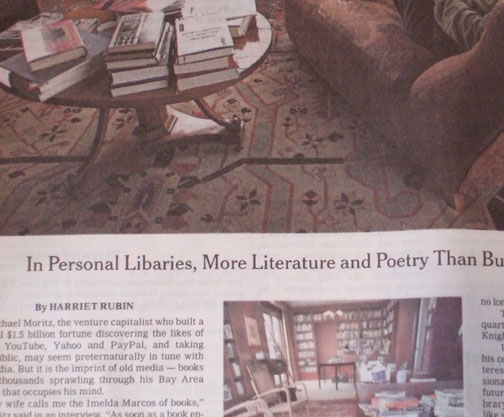 "People want to keep [kidney donation] as a heroic, uncompensated act because it makes them feel good. Never mind that tens of thousands of people are dying for your right to feel good about other people's heroic acts."

That's me, quoted by Tim Harfod, author of The Undercover Economist

, in a BBC Radio broadcast on "repugnant markets." (Link is a summary article. The audio and a full transcript can be accessed here.)

Science Is Not Enough

In a column about a California controversy, the SacBee's Dan Weintraub makes an important point:

Regulating pollution is not only about science. It is also about economics. And scientists, no matter how smart or educated they may be, are not necessarily the best people to tell us how their findings should be weighed against the other needs of society.

If the state really wanted to fight smog, for instance, it could ban the private automobile. But no one (or almost no one) is recommending such a thing. The reason: The car is an integral part of our lives, and without it, the economy would grind to a halt. Millions of people would be far worse off, even if a few might live longer if they were not exposed to the tailpipe exhausts that cars emit.

Banning the car is an extreme example. But the point is that nearly every regulatory decision involves trade-offs that science alone cannot resolve.

Scientists have gotten way too fond of invoking their authority to claim that "science" dictates their preferred policy solutions and claiming that any disagreement constitutes an attack on science. But, even assuming that scientists agree on the facts, science can only tell us something about the state of the world. It cannot tell us what policy is the best to adopt. Scientists' preferences are not "science." You cannot go from an "is" (science) to an "ought" (policy). Social science, particularly economics, can tell you something about the likely tradeoffs (hence some of my frustrations at Aspen). But it can't tell you which tradeoffs to make.

The Postrels left Aspen on Thursday, but my Atlantic colleagues are still blogging up a storm. Sample lines:

From Ross Douthat: Maybe had Powell won more bureaucratic battles, everything would have gone swimmingly in Iraq, and the fact that it didn't is all Donald Rumsfeld/Dick Cheney/George W. Bush's fault. But given that he was present at the creation, not just part of the government that took us to war but one of its leaders, there was something a little off-putting about his self-justifying explanation that he tried to stop it, and besides it was the right thing to do, and anyway the fact that it fell apart is somebody else's fault.

From Clive Crook: If the world did everything C.K. [Prahalad] recommends to act on poverty, within-country inequality in China and India would likely continue to increase. In other words, alleviating poverty and reducing inequality are two quite separate issues. Using success on the second as a yardstick to measure progress on the first is an error.

From James Bennet: It turned out that on separate occasions in recent months both of our lunch-table companions had been invited very late at night to play the card game "Oh, Hell" with Clinton. One of our companions declined, preferring to go to bed. The other played until 2 a.m. before begging off and turning in -- even though it was the former president, not he, who planned to be up at 6 for round of golf.

Plus commentary on the speeches by Bill Clinton and Karl Rove.